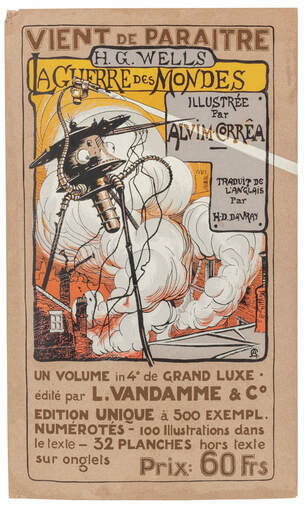 Poster by Henrique Alvim Corrêa
​“And that nightmare, both abstract and real, dreamt but weeks before the attack on London. Imagine if you will, being harassed into fleeing from the Martian tripods, not seen for more than fifty years. Imagine you and your neighbours, a young family, running for our lives. We come across the basement of where I know not, but it is full of refugees, and there is no room. So we continue to run into the darkness. Then in the middle of a field we turn around to see the Martians in the distance. They are busy destroying the very haven we had just departed. The Martians. The tripods. Silent. Deadly. Distant. Clear as can be, and amongst the conflagration of a burning city. But it is the silence that sticks with you.”

My book, War of the Worlds 1960, is pure fiction but the above dream is not. It happened and inspired me to write a sequel. It what comes to listening to the radio, or in my case an audiobook at bedtime. Play that favourite Agatha Christie mystery or 1950s science fiction adventure enough times, and it helps you disengage the brain and aid sleep. This might not be available in all countries, but I highly recommend The War of the Worlds on BBC Sounds, an audiobook read by Michael Bertenshaw. It was while listening to this superb interpretation that I dreamt the stuff of nightmares, and witnessed the invasion, as if it was real, very real. It was this dream that inspired my sequel. 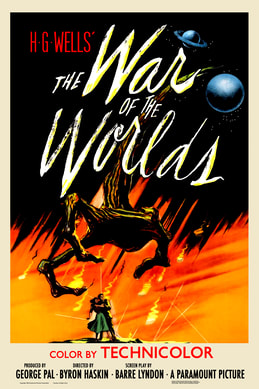 For me, the Martians first invaded in 1978, when in school our music (?) teacher played us his vinyl copy of Jeff Wayne's War of the Worlds. Incredible. Absolutely incredible. I was twelve years old. In the early 1980s I caught possibly the first outing on British television of the classic 1953 film. This Hollywood take on the Martians starred Gene Barry, who would later be afforded a cameo in Steven Spielberg's own invasion from Mars. For me this 2005 masterpiece was ruined by one reviewer, who hinted at a totally unexpected ending. It wasn't. The ending was true to the original.

In 2016, War of the Worlds entered the public domain, hence the myriad of duplicate copies available on Amazon, not to mention two new television series. Of the two, the BBC offering is the most rewarding. Obviously to the producers had to changed things. In the original book the artilleryman survived, while Ogilvy was killed off. In this BBC rendition, the fates of these two individuals was swapped. Also when is a ball the same shape as a cylinder?
​
I decided to set my book in 1960 because back then we still had the military might to defeat the Martians. If we were to be invaded today, our armed forces would probably be expended within a few hours. In 1960 we could rely on hundreds of combat aircraft, whereas today we only have a few dozen aircraft to defend ourselves from any Martian aggression. 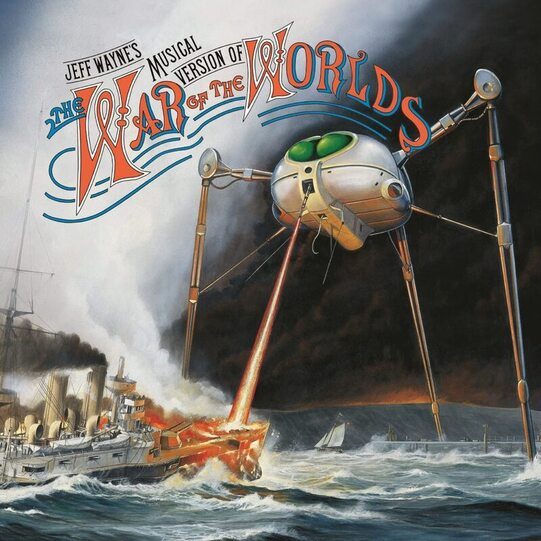 Jeff Wayne's The War of the Worlds
Now originally the protagonist of my sequel was to be the granddaughter of the H G Wells' philosophical writer and narrator. Then it dawned on me. While published in 1898, The War of the Worlds was actually set in 1907. obviously the clues were there: “And early in the twentieth century came the great disillusionment."  The narrator recounts past events:  "The storm burst upon us six years ago now. As Mars approached opposition..."  With this in mind, the protagonist of my book became the daughter, born around 1920. She studied at Cambridge during the mid 1940s, before working for the Atomic Weapons Establishment in the 1950s.
No PC, laptop or A4 notepad and pen for me. My book was typed on an iPhone SE, usually in bed, during the Pandemic, and took around twelve months to complete. In all honesty, the pandemic hasn't been kind to me, or indeed any of us, and it was a real struggle to keep myself motivated. That said, a lot of research was undertaken with regards the government institutions that existed in 1960, including military units, bases and equipment. While H G Wells' original tome was between 53,000 and 63,000 words (depending on the source), I decided to write a Novella, which came in at around 45,000 words, which I am assured takes around four hours to read.

My book is available as either an eBook or paperback from: