Being a child of the 1970s meant Airfix was always going to be in my blood. Plastic scale models featured prominently in many a child’s upbringing. We all built Spitfires and Hurricanes, not to mention models of HMS Hood and German Tiger tanks in those days. My first model was an Airfix Fokker Triplane, moulded in red plastic. Until the mid 1970s, the smaller (Series One) models came in plastic bags secured with an illustrated header card, which contained the instructions. My idea was to create some attractive, yet affordable, homemade art using the earlier type of header cards, albeit greatly enlarged. 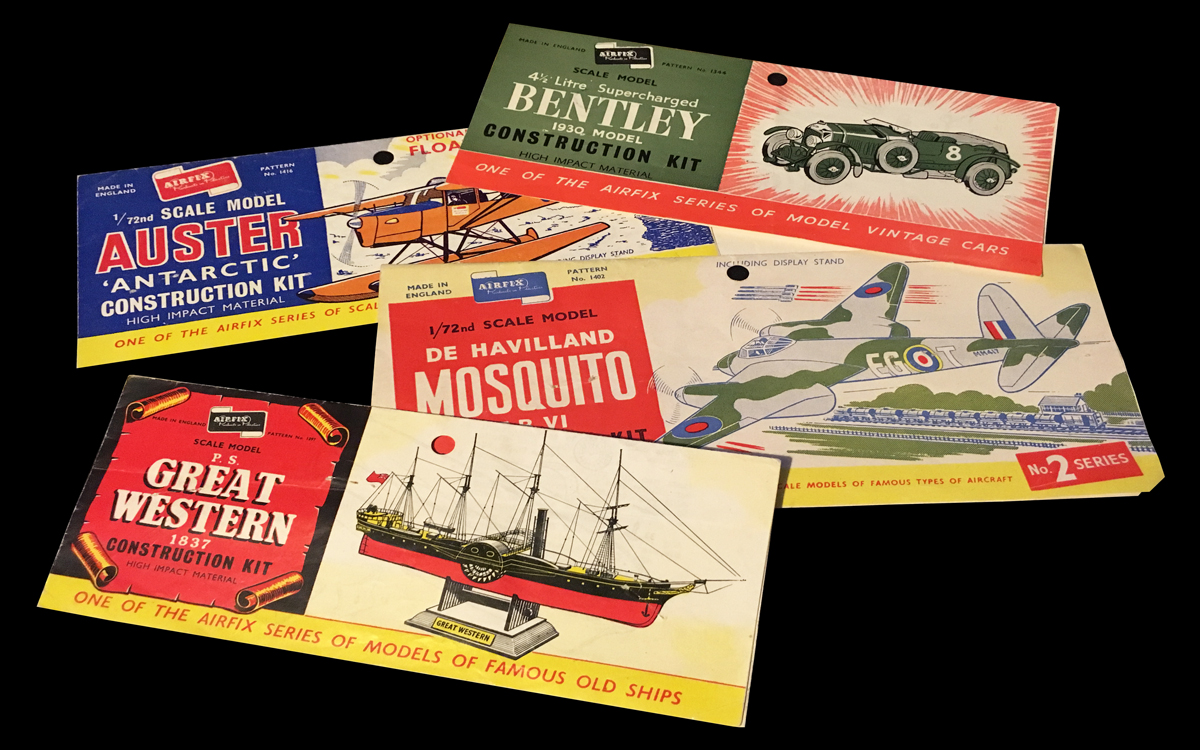 While my own era of Airfix model making was influenced by the phenomenal artwork of Roy Cross, I found that recreating the earlier, more primitive header cards was a rewarding, yet challenging experience.  I also found these header cards very attractive, and the iconic 1950/60s style very true of the period. Originals were sourced online and downloaded, or bought on eBay. These were scanned, resized, then recreated in Photoshop, using hundreds of separate layers. Some fonts were squeezed or stretched, and even recreated from scratch. 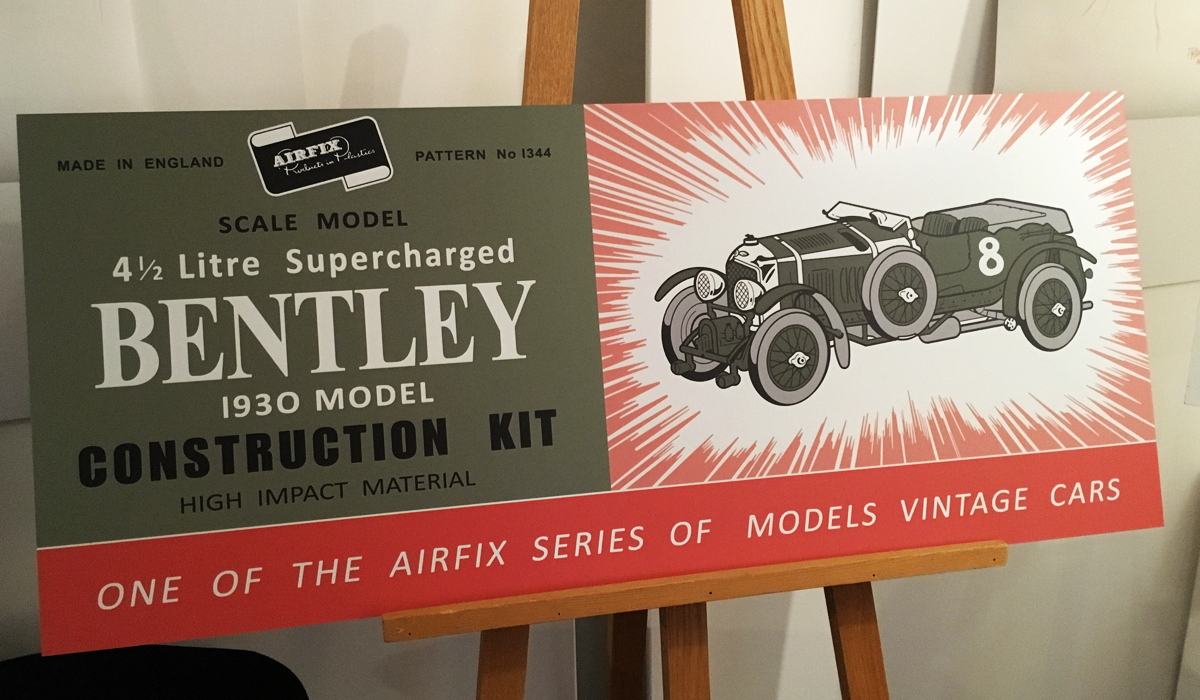 In the end, I recreated around fifty designs, each measuring 48in x 20in in size, in a project that spanned years. This was originally about creating something personal to me, and me only. Yet, it didn’t take much to be convinced that I could profit from my hard work. An early indication was a local public open exhibition, where a stretched canvas of the DH Mosquito was well received, and sold within minutes of the opening. Copies of these designs are now available to buy online...