In January 2016, Land Rover ended production of the Defender, resulting in this particular project becoming an impossibility. That said, the idea to produce a low-cost fire engine was always going to be a concept or pipe dream.

It was born out of a concern that this country’s Air Cadets were being denied appropriate fire and rescue equipment at some of its powered Grob G109 Vigilant glider sites. At the time, some airfields were only equipped with a single 90 litre fire extinguisher – towed behind a Land Rover. My idea was to create an affordable upgrade. The problem was not the design, but the bureaucratic nightmare of making things happen within the MoD. The idea was too simple and too affordable to be taken seriously. 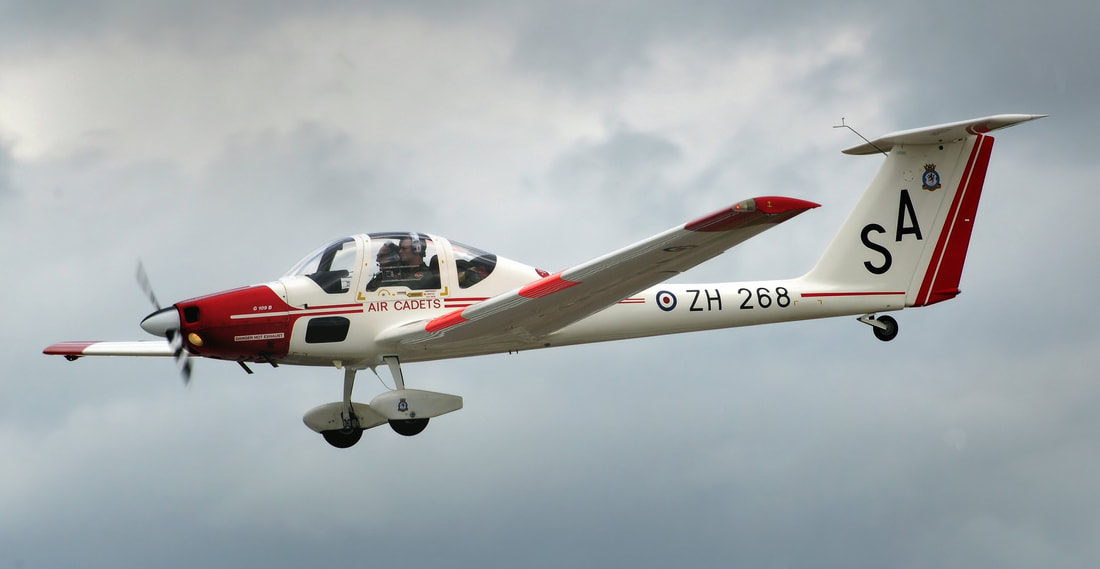 Some VGS units were attached to populated military camps (including Cosford, Halton and Topcliffe), which themselves were only equipped with a single domestic fire tender. Some VGS units were based at major airfields, whose RFFS are more than up to the job, but at the time of writing this proposal, there were around eight isolated sites which would have benefited from this proposed Defender CrT:

​This was my proposal and design brief for an affordable, yet capable aerodrome crash tender, designed around the Land Rover Defender 110 Utility Station Wagon. The vehicle was only intended for use on minor aerodromes, both military and civilian; licensed and unlicensed. The vehicle was named the CrT, which is the accepted abbreviation for Crash Tender. 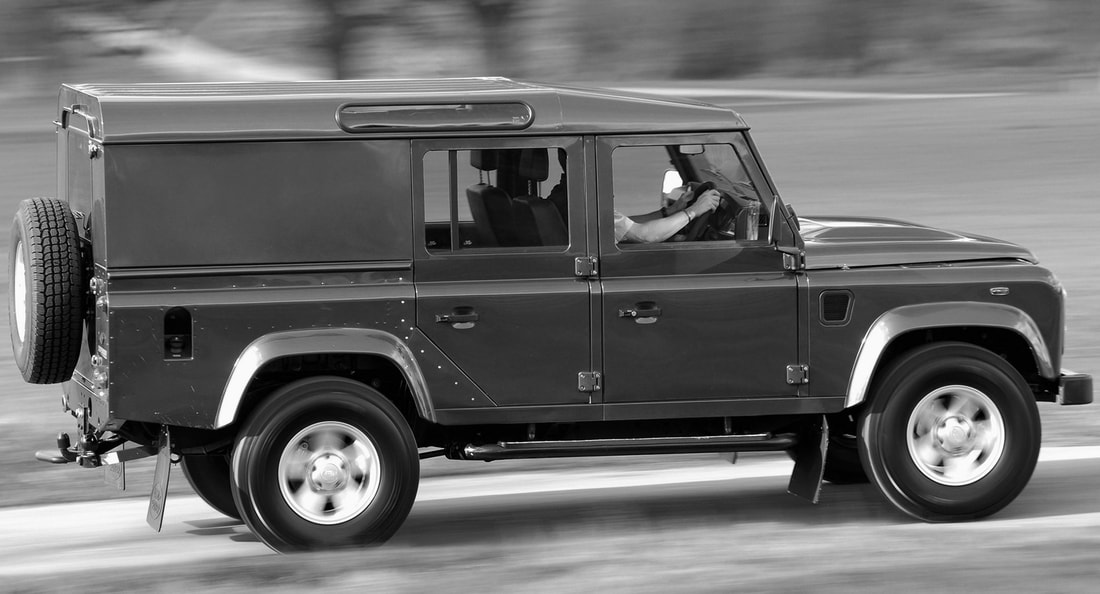 Land Rover Defender Utility (photograph: Land Rover)
Most crash tenders are scratched-built or based on the chassis/cab of an existing vehicle, including the Land Rover Defender itself. This makes the acquisition of even the most basic of vehicle a financial burdan. This proposal used an existing vehicle that could have easily been adapted, without chopping up bodywork. The Defence CrT was designed to appeal to a wide range of potential customers. That said, I envisaged no more than eight vehicles being built, but this would still have offered valuable project management experience.

The primary fire-fighting package (CAFS or regular pre-mixed foam) would have weighed in the region of 600Kg, and contain 360 litres of water. In case of vehicular accident this weighty package would have required additional support to prevent it from being dislodged and causing injury to the occupants. The roll cage would have have consisted of a base plate attached to the bodywork/chassis – onto which the fire-fighting package would have been affixed, along with the roll bar itself and additional support members (straddling the primary water tank). The roll bar would have physically prevented the tank from moving forward in an accident, while providing additional attachment points for equipment. This vehicle would have also carried additional secondary media, namely 6 x 9kg Monnex and 2 x 5kg CO2 extinguishers. This secondary provision would have exceeded minimal civil and military requirements. 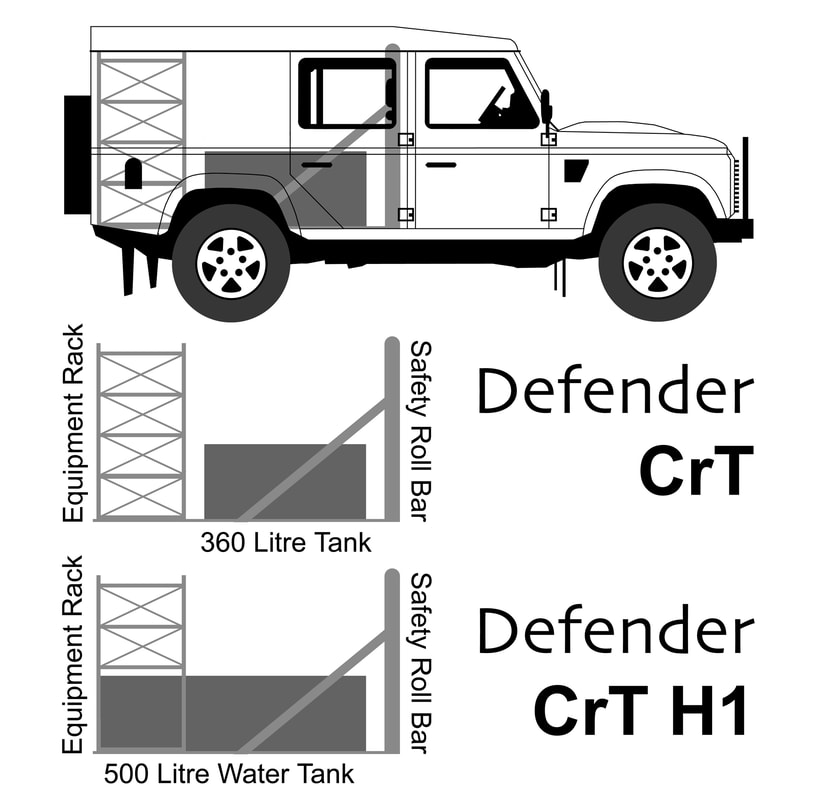 With the end of Land Rover Defender production this idea died. In May 2018 the Air Cadet Organisation retired all its powered gliders. There was one attempt to replace the aforementioned fire-fighting trailers, which ended in costly failure. A few years ago, a batch of new Bremach Fire Engines was commissioned and built at great expense. Now these very same vehicles quickly ended up on eBay. They served less that a week in military service. Officially, they were built to the wrong specification – carrying insufficient water. It reality, they were top heavy, and the first to be issued overturned within hours of being delivered. This costly design flaw cost millions.